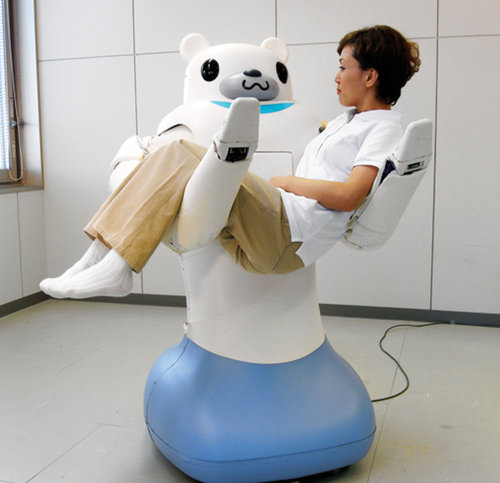 In December 2029, the UK’s National Health Service shut down permanently, without any protest. It had been replaced by the free of charge, private sector National Elf Service, now emulated across the globe.

Central to the NES is the personal Elf app which everyone has on their mobile phone. This monitors its client’s health through micro-sensors in their underwear. The Elf has advanced psychology of persuasion software, to nudge its client into healthy behaviour.

Because the Elf attunes so well to it’s client’s temperament, it becomes a trusted and influential friend, a leader among the many bots and apps we now engage with daily. Clients can choose their Elf’s personality, for example:

Strict Mummy: If you don’t do your yoga now, I shall deactivate your phone for two hours. New Age: Darling, your aura will look so alluring if you’ll just do your yoga. Marvin the Paranoid Android: If you think you’ve got problems, let me tell you more about the pain in my diodes. But if you’ll just do the yoga, I’ll stop moaning for an hour. East Enders:  Know what, you don’t half need a bit of yoga, why don’t you get on with it, and I’ll tell you all the latest goss.

Of course, the Elf Service’s success in achieving perfect health for all depends on its interface with the stupendous artificial intelligence now installed in every household. Whilst a client may think they’re still eating their favourite junk food, in fact the kitchen bots have reshaped it to a nutritious, remedial dish which amazingly tastes like junk food.

On rare occasions when some physical medical intervention is needed, it is done by downloaded electrical impulses, or programmable organisms which swim through the bloodstream, or by a special attachment to the household cleaning bot.

All these technologies are cheap to operate, and the Elf Service is provided free by mobile phone networks, who recover the modest costs from airtime charges. Some old folk can still remember all the angst of the overloaded, analogue National Health Service, before technology saved us.