Online briefing and discussion:Tuesday January 12, 7.00-8.30pm Organised and hosted by Transition Town Bridport and Seeding our Future Our food supply is more fragile than it appears. Some 40% of our food comes from abroad,and depends on good harvests, stable climate and frictionless borders. Covid, ClimateChange and Brexit are make feeding Britain even more precarious. … Read more 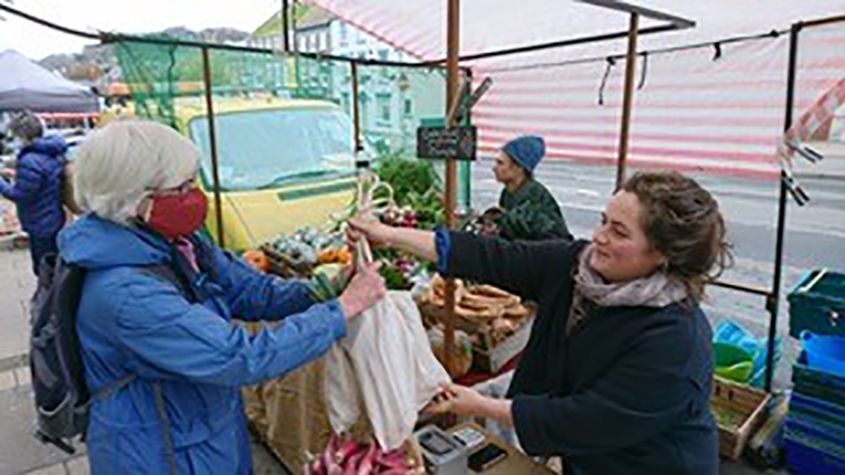 Bridport has a reputation as a foodie centre, but how solid is our local food security? Several local organisations believe we need to grow and buy more of our produce locally: you can find out more at their stall on Barrack Street in the December 12 Farmers Market. The main problem from climate change for … Read more

How we can strengthen the food economy around BridportOnline seminar and discussion: Wednesday 10 June: 7.00-8.30 pmHosted by Transition Town Bridport, Seeding our Future and Bridport Local Food Group We have a big opportunity to make Bridport’s food economy less vulnerable to shocks from pandemics and climate change: the key is for consumers to support … Read more

What is the present situation telling us about our future? What are the new possibilities? Are you interested in exploring how we can build better communities and build our resilience? We’re inviting you to an online taster session to preview this 6 week journey Connect and share our hopes as well as our fears and challenges Build your inner … Read more

Facing Climate Change; Building Resilient Communities Six weekly sessions: 6th October – 17th November • Tuesdays, 4.30 – 6.00 pm In this time of rising uncertainty, we can all see the need to strengthen our communities.  Future Conversations is a series of guided conversations to raise resilience for individuals and their communities. This online programme will help … Read more

November 6-8, 2020: A Retreat with Online Sessions With Alan Heeks, Amrita Bhohi and Karim Hadden Deep Adaptation is the term used by Jem Bendell to invite us to face the radical changes climate change will bring within the next decade. This weekend retreat will focus on the spiritual aspects: seeking purpose, healing, mutual care … Read more