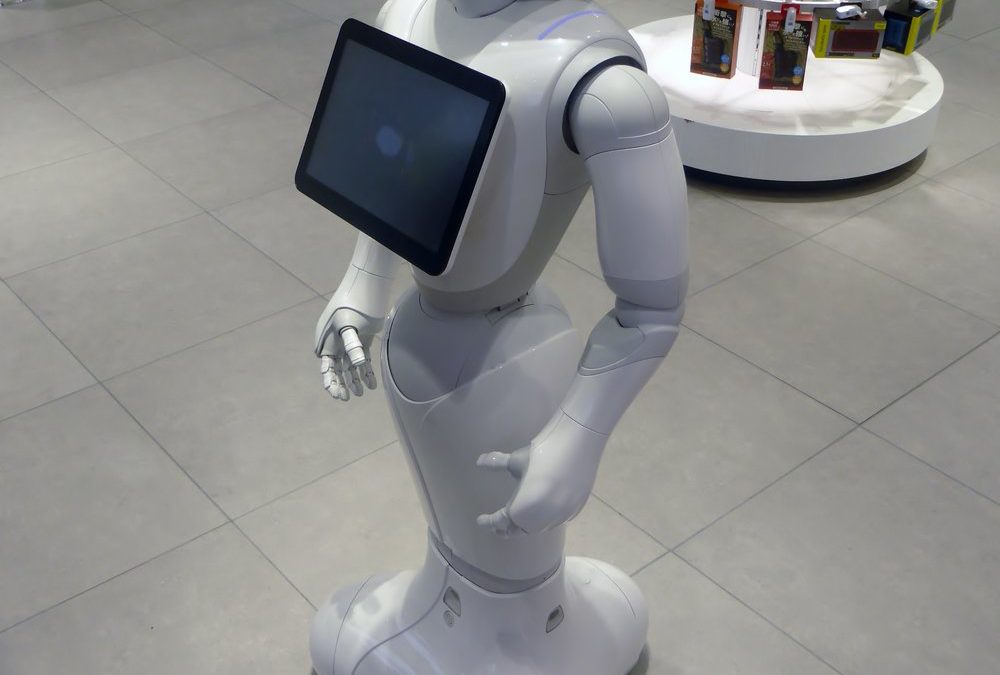 Coming to your life soon

Whilst robots and artificial intelligence are just one of a swathe of major technologies which will impact our lives in the next 10 years, I’ve chosen to focus on them because they are likely to be one of the most visible and unavoidable big changes on the technology front. Here are just a few examples of robots that already exist:
• Carbots: Ford have just demonstrated an empathic car, with biometric sensors which recognise when a driver is stressed, and could then take control…
• Carebots: care homes in Japan are already using small robots which have conversations with elderly people, who respond as if they were human.
• Therabots: a recent Channel 4 documentary showed a robot counsellor with lie detector, who seemed very affective at the job.

For more on these and other marvels coming soon, click here

We know about driverless cars: they may be hard to believe, but the scale of spending by big names suggests it will happen: most experts expect them to be on the road somewhere around 2020. See more at www.driverless-future.com. However, an ‘empathic’ car which had the power to take control of the car forcibly from its human driver when the carbot decided the driver wasn’t up to it: this is surely another frontier?

The car recently demonstrated on the road by Ford in London used facial recognition technology and sensors tracking pulse and breath rate. The clever bits come from a Belfast company, Censum, a specialist in “emphatic technology.” If the car itself decides that the driver is suffering from fatigue, stress (or alcohol?) it will first issue prompts and alerts, but could actually take over the driving of the car.

I wonder if this technology might be sponsored by nice people like McDonalds or Esso, and if your car would suddenly decide that you were too tired and needed to head for one of their outlets?

Japan has an ageing population and labour shortages, which is one reason why it is a world leader in the use of robots. The Telenoid robot is only 50cm tall, but has an expressionless human face, microphone and video camera, and is capable of responding to care home patients and conversing with them. Experience shows that patients relate to Telenoid as if it was a human, and really appreciate its care for them.
The use of technology in health care is galloping ahead on other fronts too: the US health care giant Kaiser Permanente announced that in 2017, 52% of patient contacts with physicians were virtual, and 25% of its capital spending is on IT developments.

Pepper is a humanoid robot which was one tested out on the Channel 4 showed a documentary called The Robot Will See You Now.

In November 2017, Channel 4 showed a documentary called The Robot Will See You Now. Jess is essentially a robot therapist. Her (its?) AI system is programmed to assess all of your electronic data, not only emails but also social media, retail orders etc. and to have a counselling dialogue with humans. The programme showed Jess interviewing a couple with relationship problems and getting down to the key issues pretty quickly. What was even more striking is that Hayley and Ronnie found Jess’ approach really helpful, and even wanted to take her (it?) home with them.
As a Guardian review of the programme pointed out, the therapist is a profession which scores pretty low on the risk of being automated out of existence. On this evidence, very few jobs are safe…

The Future’s in Japan

Japan is certainly one of the world leaders both in the development and use of robots, partly due to severe labour shortages. In Japan, it would not be uncommon to:
– Have your luggage carried by a porter robot, e.g. at Haneda Airport
– Order drinks or food from a robot in a restaurant
– Get directions from a robot dressed in a kimono (Mitsukoshi department store)
– Have a humanoid robot chanting Buddhist sutras at your funeral (see more on this one here…)

Another trend in Japan is the creation of robots designed to look and talk as much like real humans as possible. Click here for more about Erica, who is just one example. What is striking about these humaoids is that they are intended to have enough AI to give them a degree of autonomous action…

Having visited Japan a few times, I know that Japanese society is pretty orderly, and the Japanese are probably more willing than average to relate with robots. However, it’s pretty likely that the British will be asked to converse with robots on a widespread basis within the next few years. The UK has 33 robots per 10 thousand workers, compared with 93 thousand in the US and 213 thousand in Japan. Within 10 years, the UK robot population will surely quadruple or more.

Composting: the upsides of your downsides
Six big questions for our times
Earth Visit Report from Prostetnic Vogon Jelfs